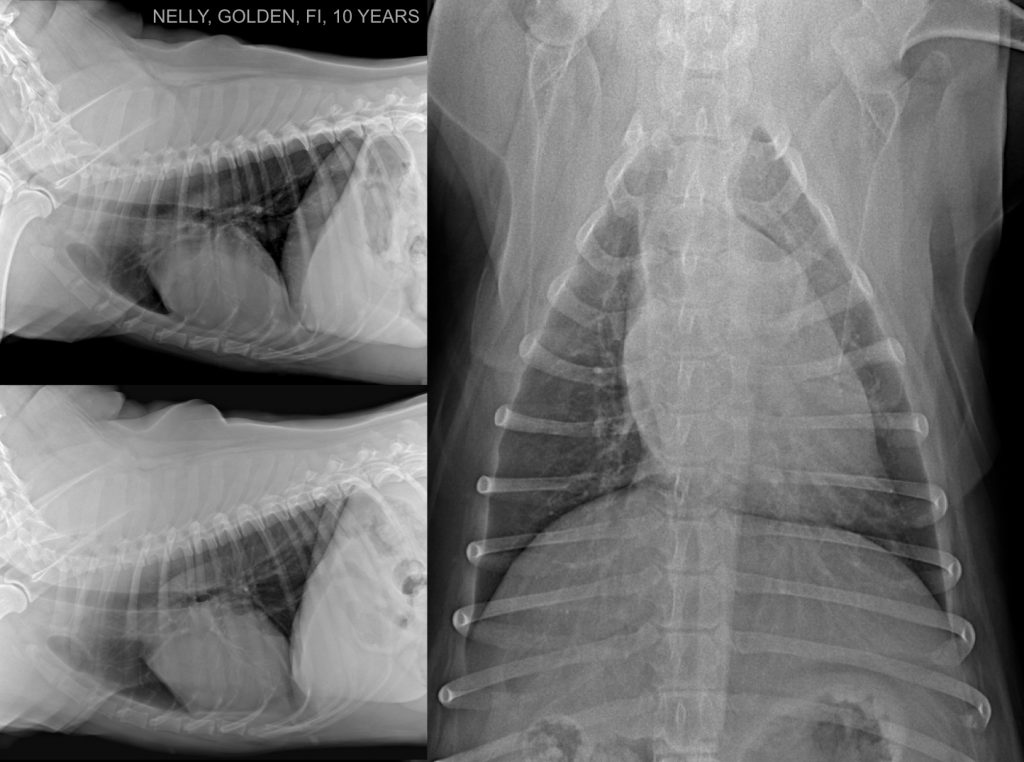 The ribs of this patient are parallel. Does the cat have the costal alignment of the dog? How they differ? Subscribe to pro for the answer! 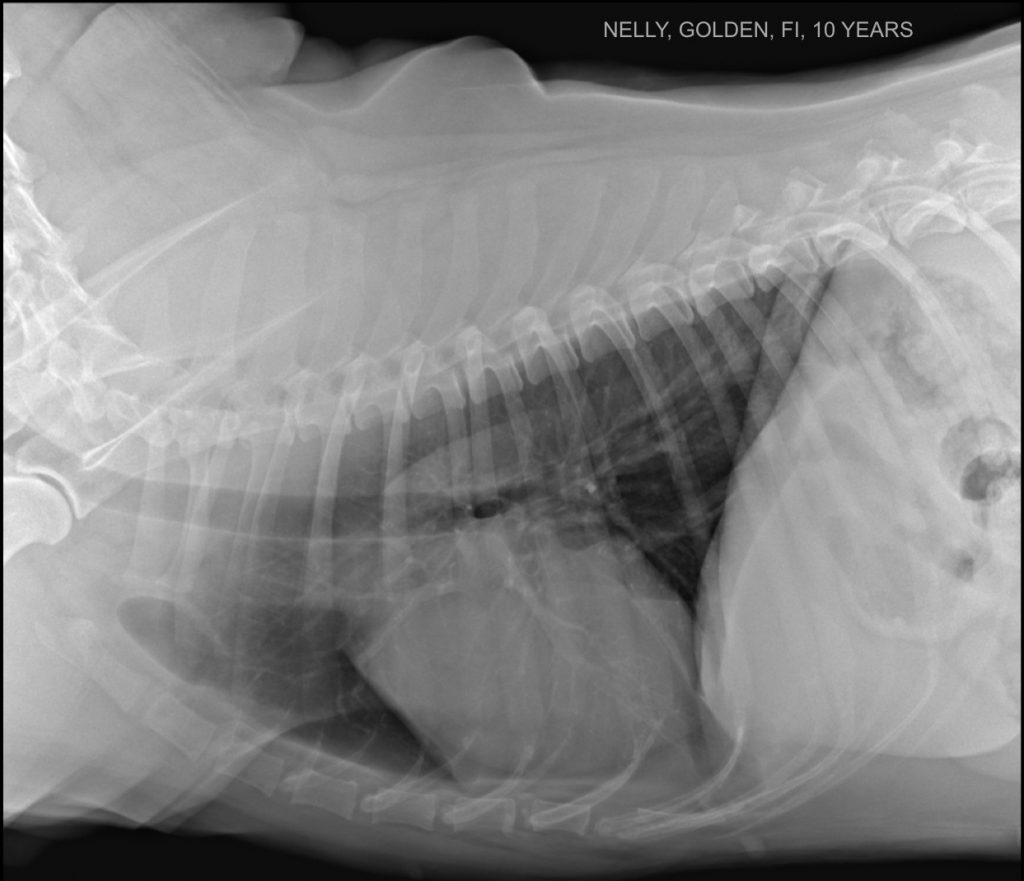 What is the thin soft tissue opaque, line, superimposed on the caudal aspect of the cardiac silhouette? This patient had pleural effusion?

It is common in Golden Retrievers to have an unfolding dorsal tracheal membrane visible in the cervical trachea. This finding has not to be confused with a collapsing trachea syndrome. 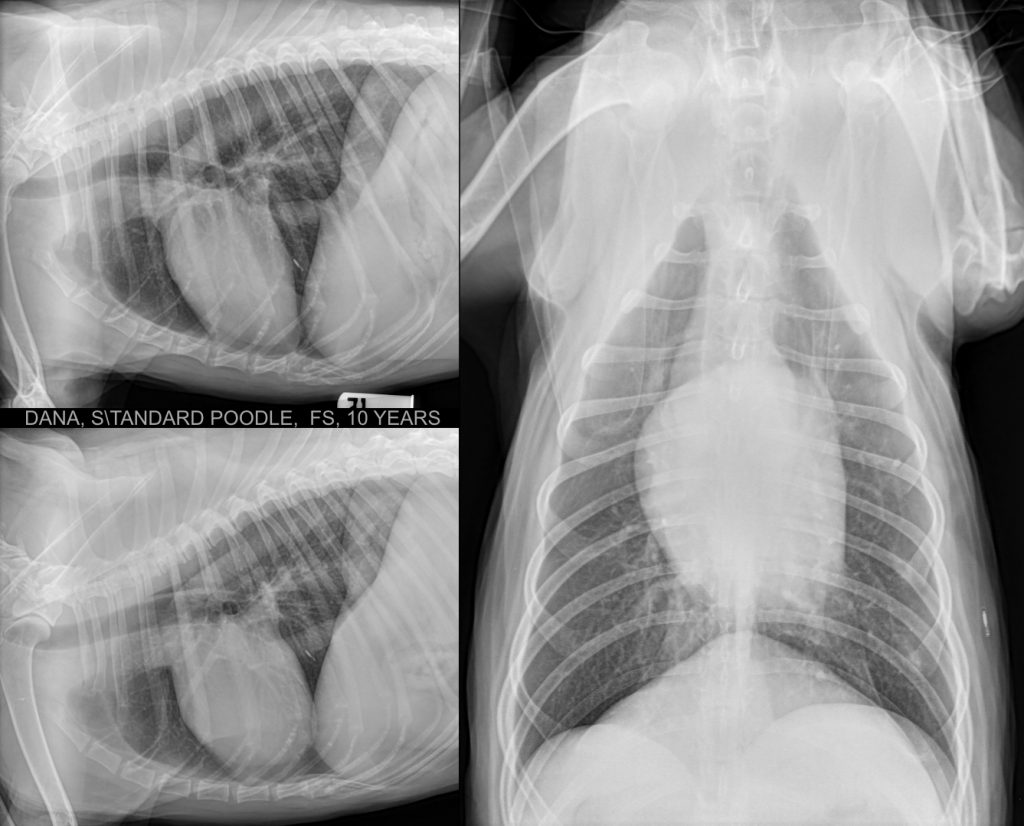 There is a drop of gas in the esophagus of the patient on both views. This finding could be because the patient was panting during the procedure or could be a sign of mild esophagitis. Please, correlate the radiographic findings with the clinical signs. 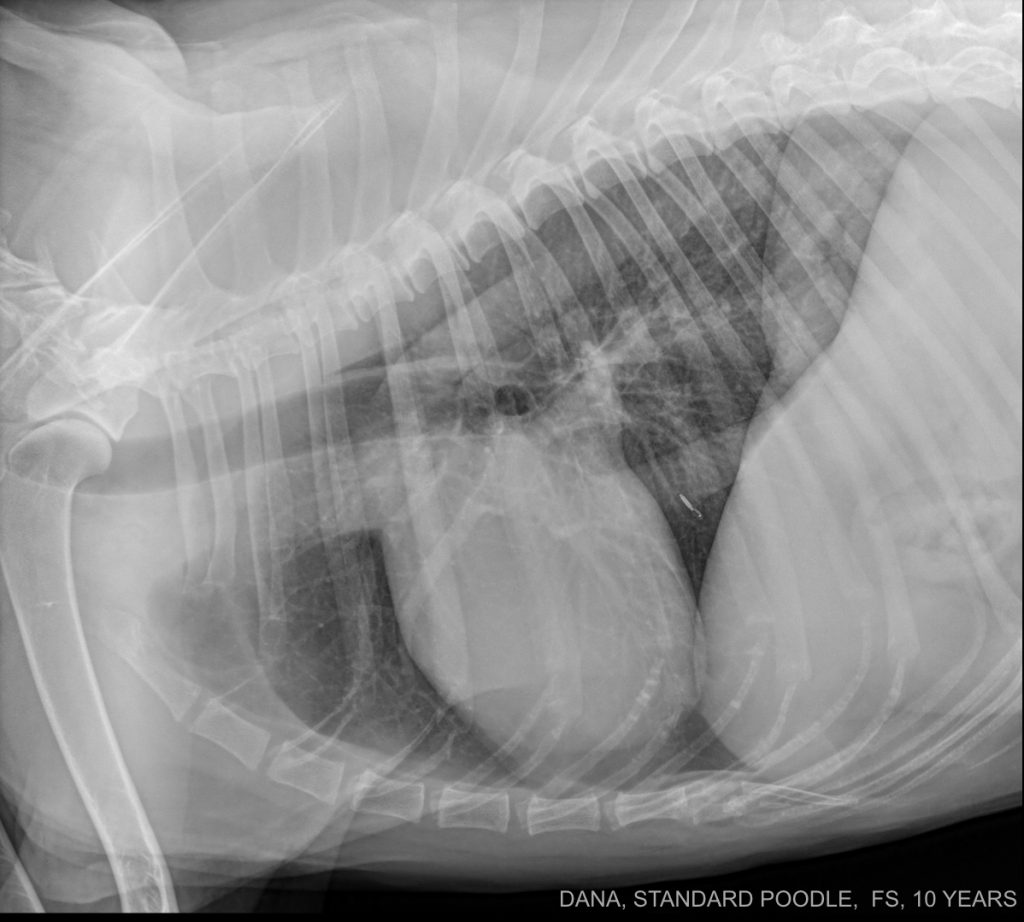 What structure is the faintly visible, tubular-shaped, soft tissue opacity visible in the caudal portion of the thorax, ventral to the aorta, and dorsal to the caudal vena cava? Subscribe to pro for the answer! 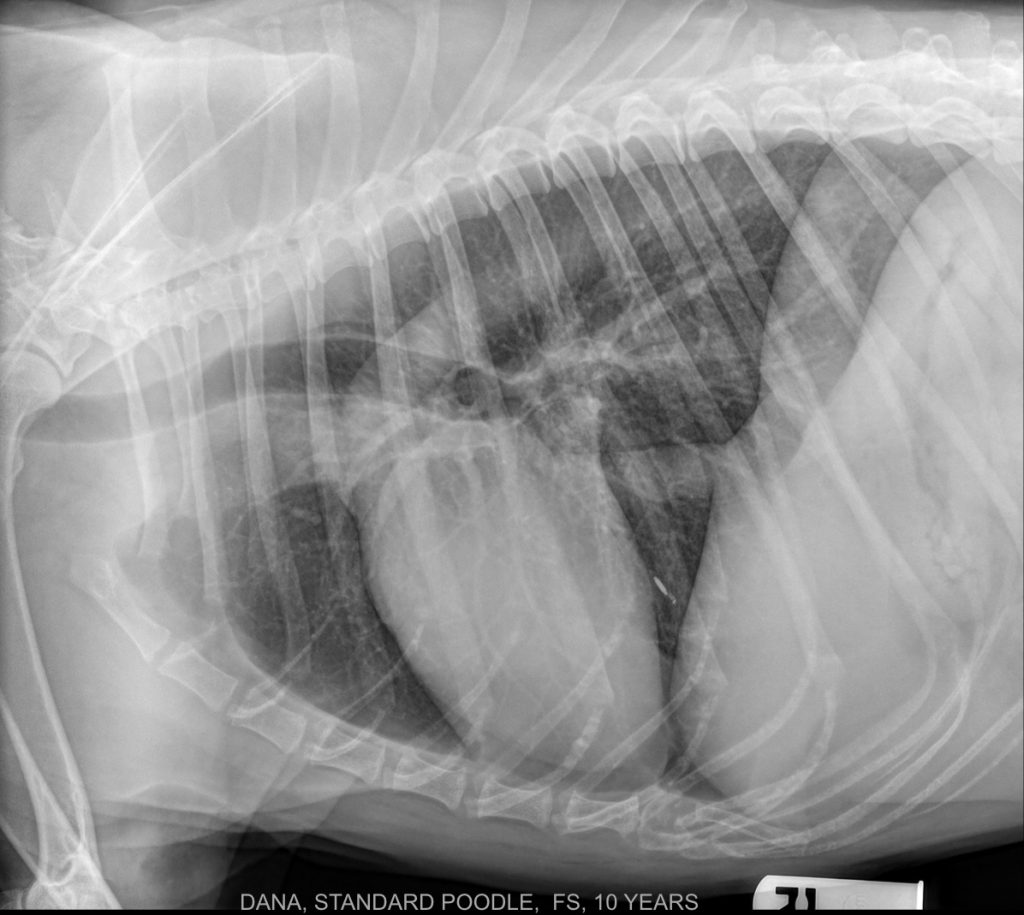 Funny where a microchip can migrate! 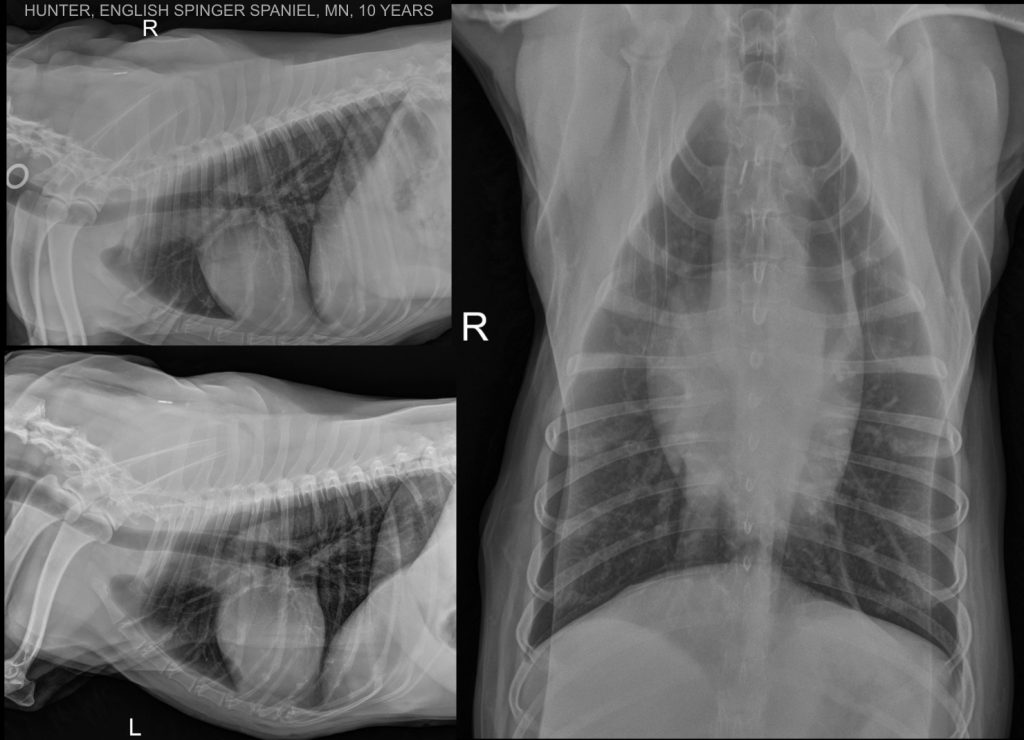 What are the two radiopaque lines that run nearly parallel to the thoracic walls in the VD views, mimicking a mild pneumothorax? Subscribe to pro for the answer! 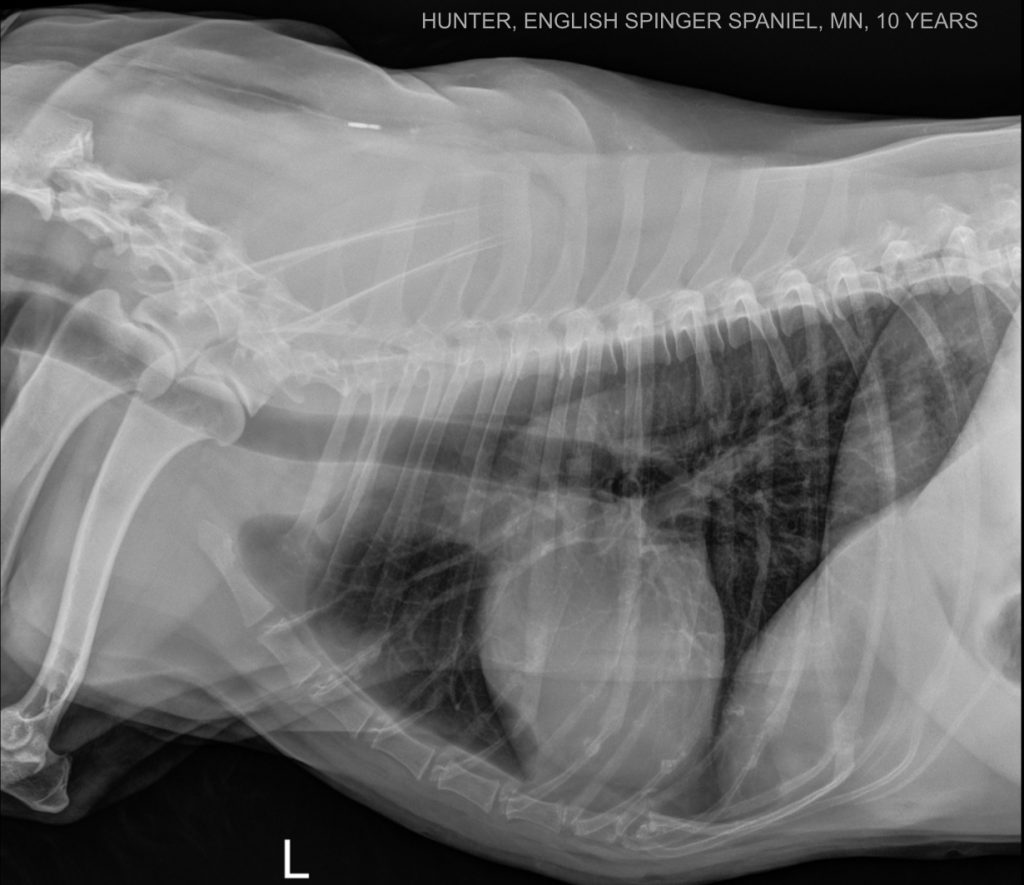 The front limbs are not perfectly aligned, and minimal rotation is present. It is impressive how much the shape of the cardiac silhouette changes in the different projections! Do you want to know why? Subscribe to pro! 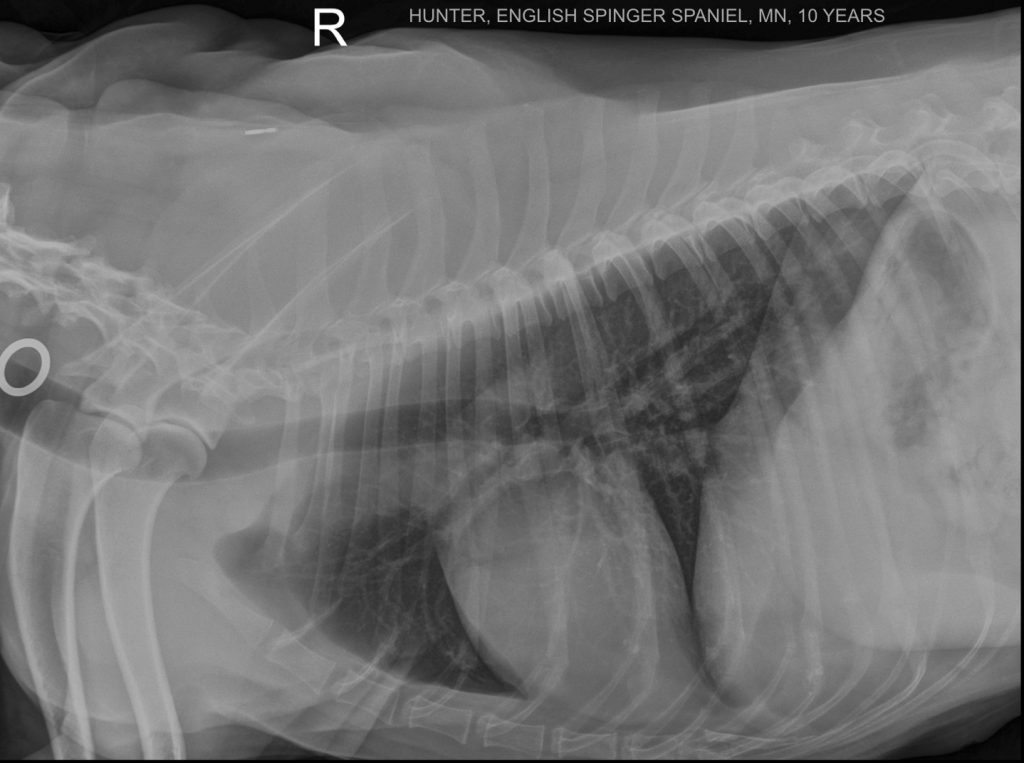 A metallic ring is seen superimposed on the cervical trachea. Remember to remove every radiopaque object from the primary beam!